This is a non-contact flag football league where kids can learn the fundamentals of the game. It's a blast for everyone!  Practices begin early September. Games will be played on Saturday afternoons during soccer season, then mornings once soccer has ended, plus one night during the week. Games begin September 14. All teams will play seven games. 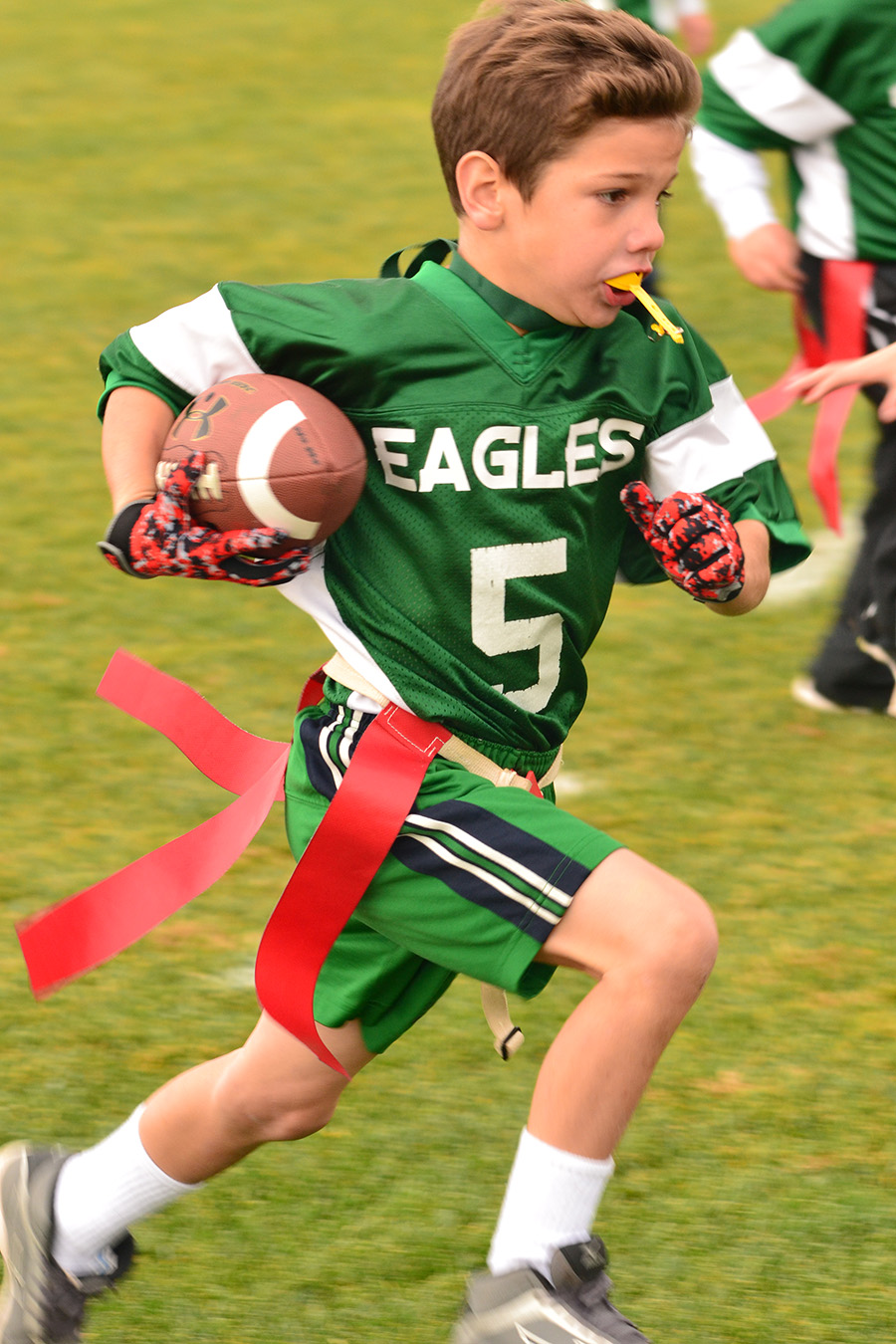